Team Bugbear Member
While working on my Gokart Plus mod, I was in need of some sand piles\ hills for the Sandpit 1 track. I was able to steal some sand piles from Sandpit 2 track map. I put the sand piles into a mod so you can check them out in-game on a barren track map and decide which one(s) ya want to use for your custom track. Here download link:

After unpacking file, drop the \Sand Piles Objects folder under your \mods folder and enable mod to see the sand piles in-game. Here my post on how I got these sand piles:

( do remember you can lower or raise these piles or rotate or angle object if got Stuntfest, 3D Max or Blender. ) 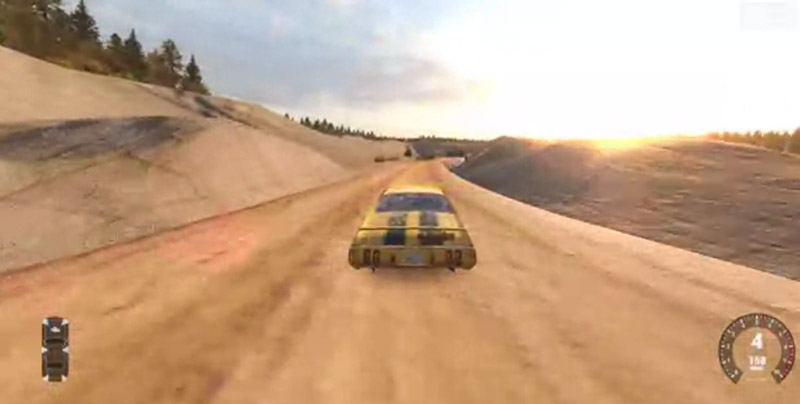 If you got out of control around these hills ( or you got some help getting car out of control ). your car could end up airborne. And if you like treating the AI roughly, the hills were a good spot to do it!! ;D

For the Gokart Plus mod, I wanted to add some hills back on to the track. Make track a little more dangerous. But were do I get some hills to put on the track? Was thinking of asking a modder to make me some. But last Saturday racing online, I was spectating a race on Sandpit 2 and notice a player jumping off sand piles, and taking a closer look, it look like some them sand piles were objects on the track. 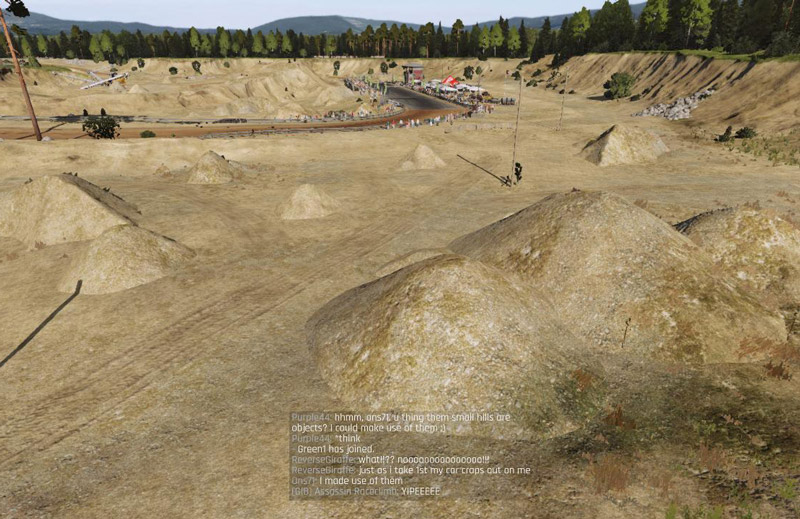 When I got a chance take a look at Sandpit 2 base file, I did not find any sand pile objects in the subscenes section. Then took a look in the Models section and found 91 sand pile objects.

I figure I did not need all 91 sand piles, so I look for sand piles that had x or z of 10 or higher. Found 9 of them. But these objects not in a single object scne file. So how was I going get to use them?

Lucky for me, I had been talking to End and he suggested I delete all the stuff in Models section except the one object I wanted. I had did this already with some of End objects, so was ready try it with the Sandpit 2 track. 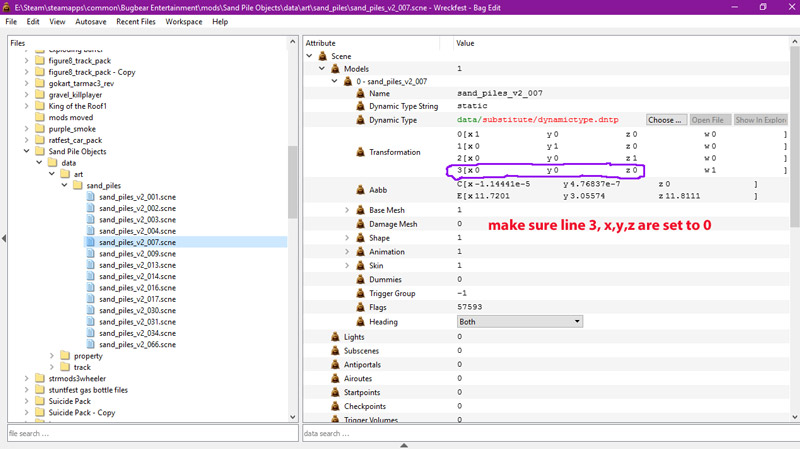 After deleting all but 1 sand pile, I needed to change x,y,z on line 3 to 0, so when using object on another track map, object show up where you expect it too. Then do a save and then rename base file to the new object name, sand_piles_v2_007.

When I got all the sand pile objects that I wanted save out as single objects, I loaded them on to my barren Tarmac 2 track map so I could see them and test them with my car. 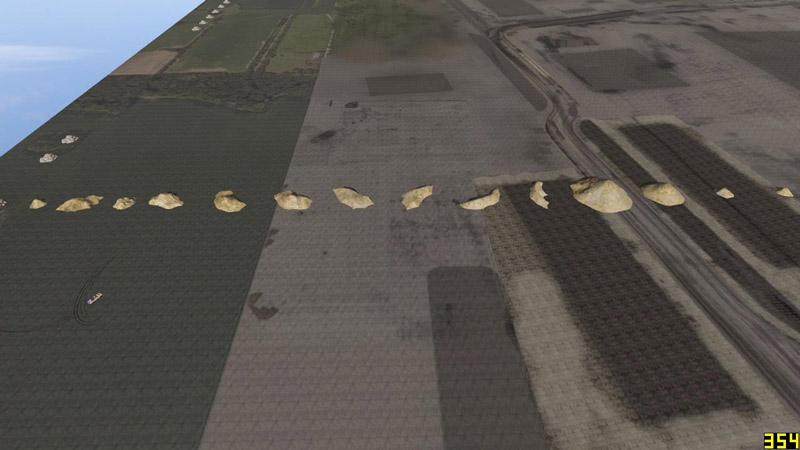 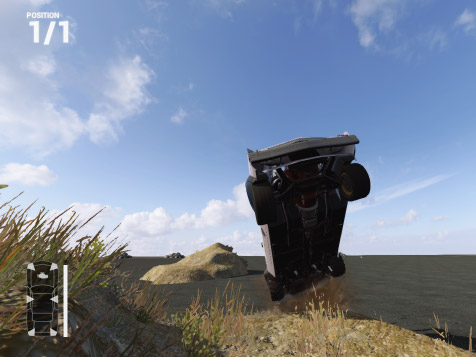 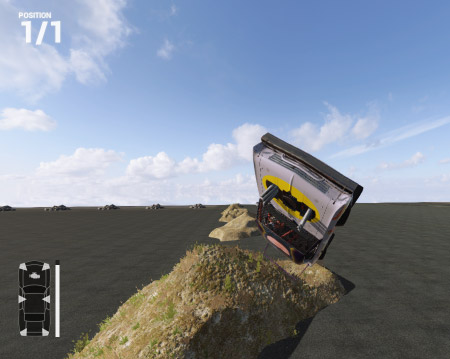 So this what I got to load in Stuntfest: 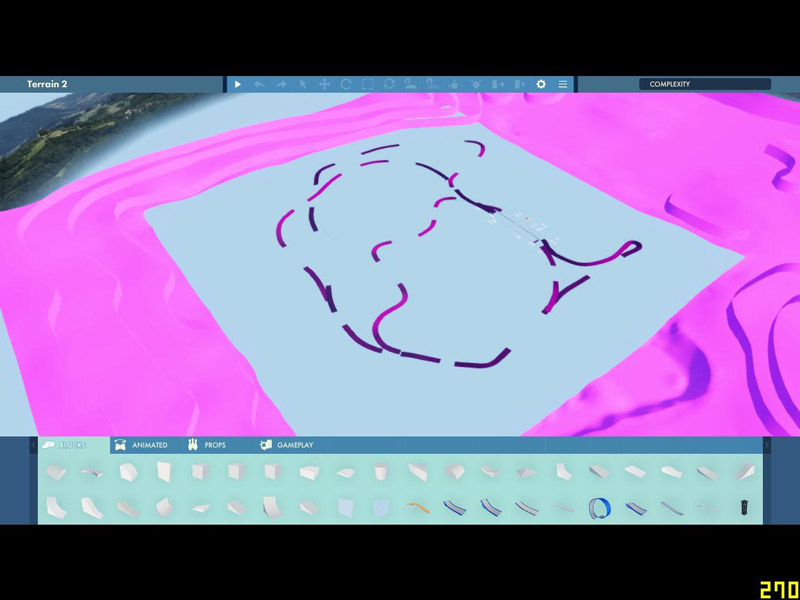 I'm missing a big chunk of track map. But I had enough of the track showing up, I was able to place objects near where I want them and did some fine tweaking in Wreckfest using the in-game free roaming camera. 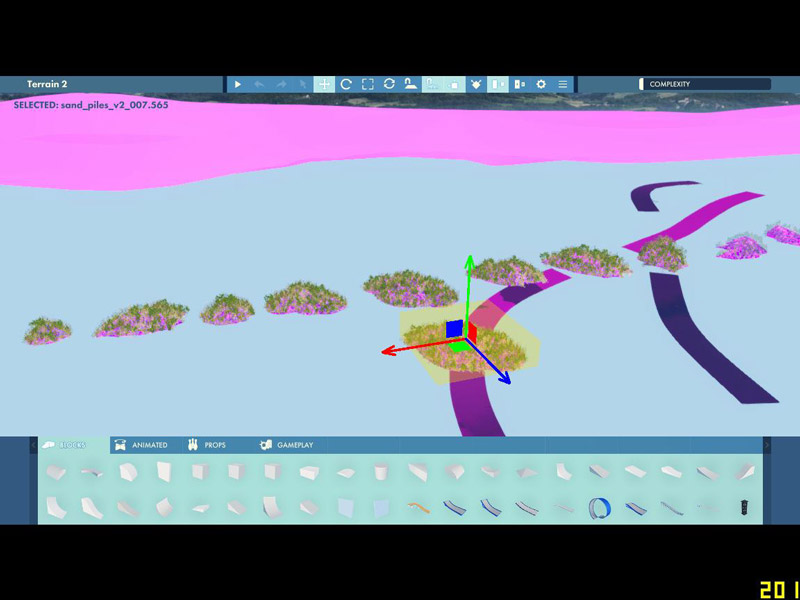 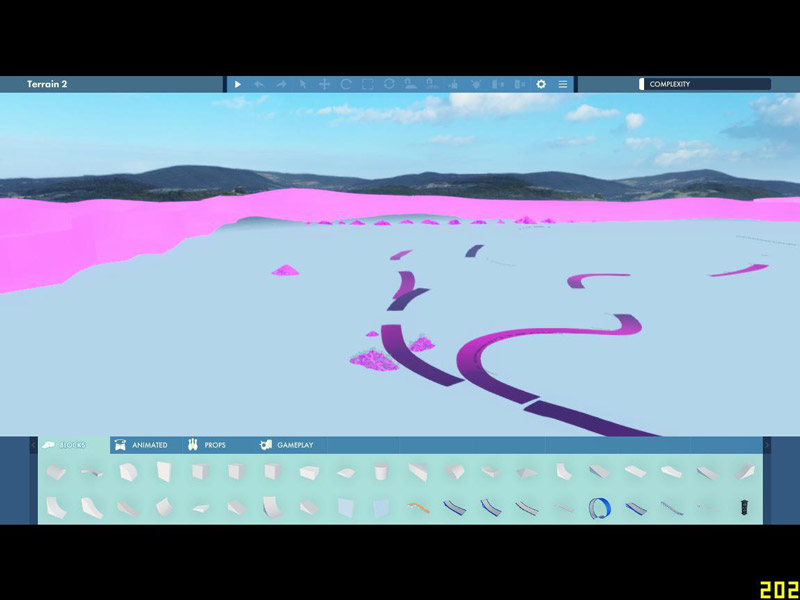 The sand piles showed up a little on the bushy side in Stuntfest.


Here what the sand piles look like in Wreckfest: 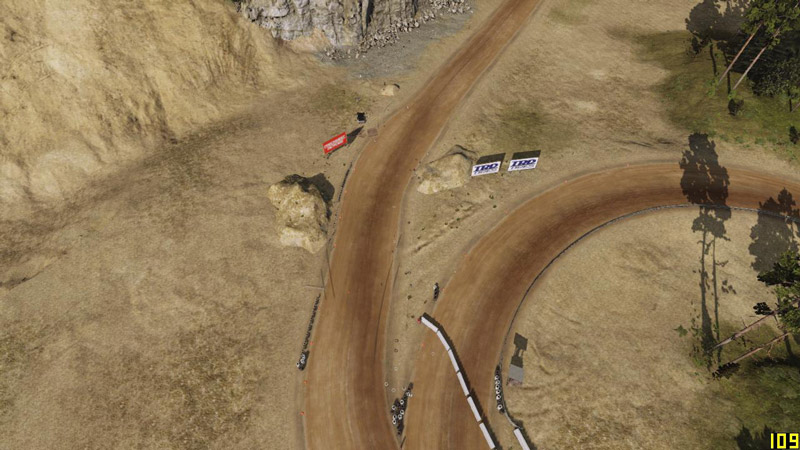 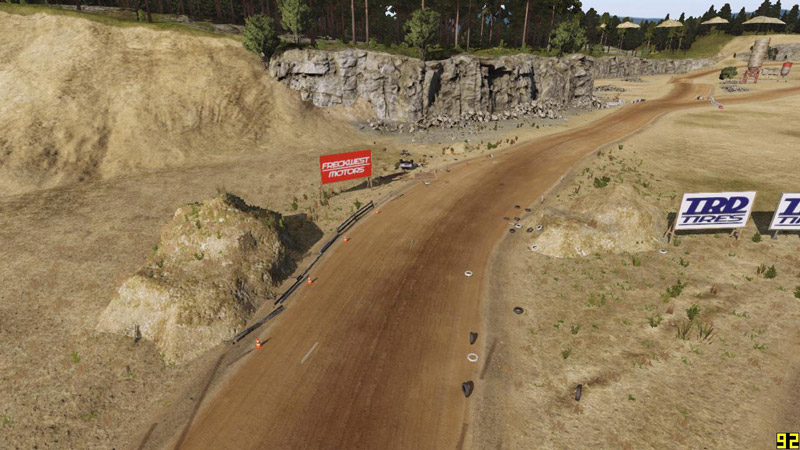 I can tell ya from my testing, all 3 objects will launch your car.
Click to expand...