Stockton 99 Speedway in Stockton is not only the fastest 1/4 mile banked paved NASCAR track, it's the oldest NASCAR track west of the Mississippi. So come check it out in this mod for Wreckfest! 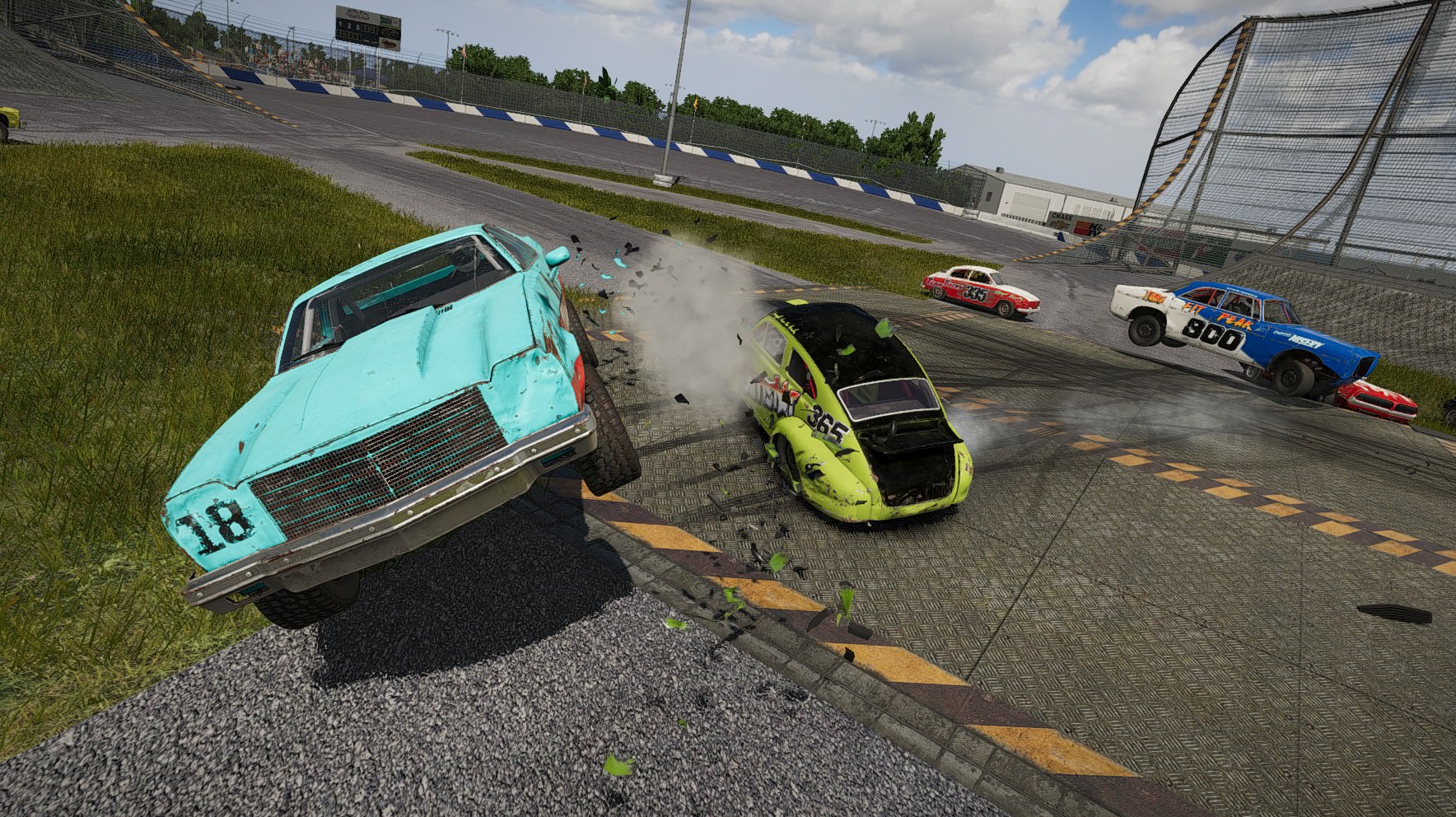 Oh, the lovely demolition derby. Such a quaint pastime. Except, around these parts, we add big half pipes, and a big 'ole ramp in the middle. Now, get crashing!

Current Issues:
Nothing other than a bit of an odd camera placement I'm too lazy to change. 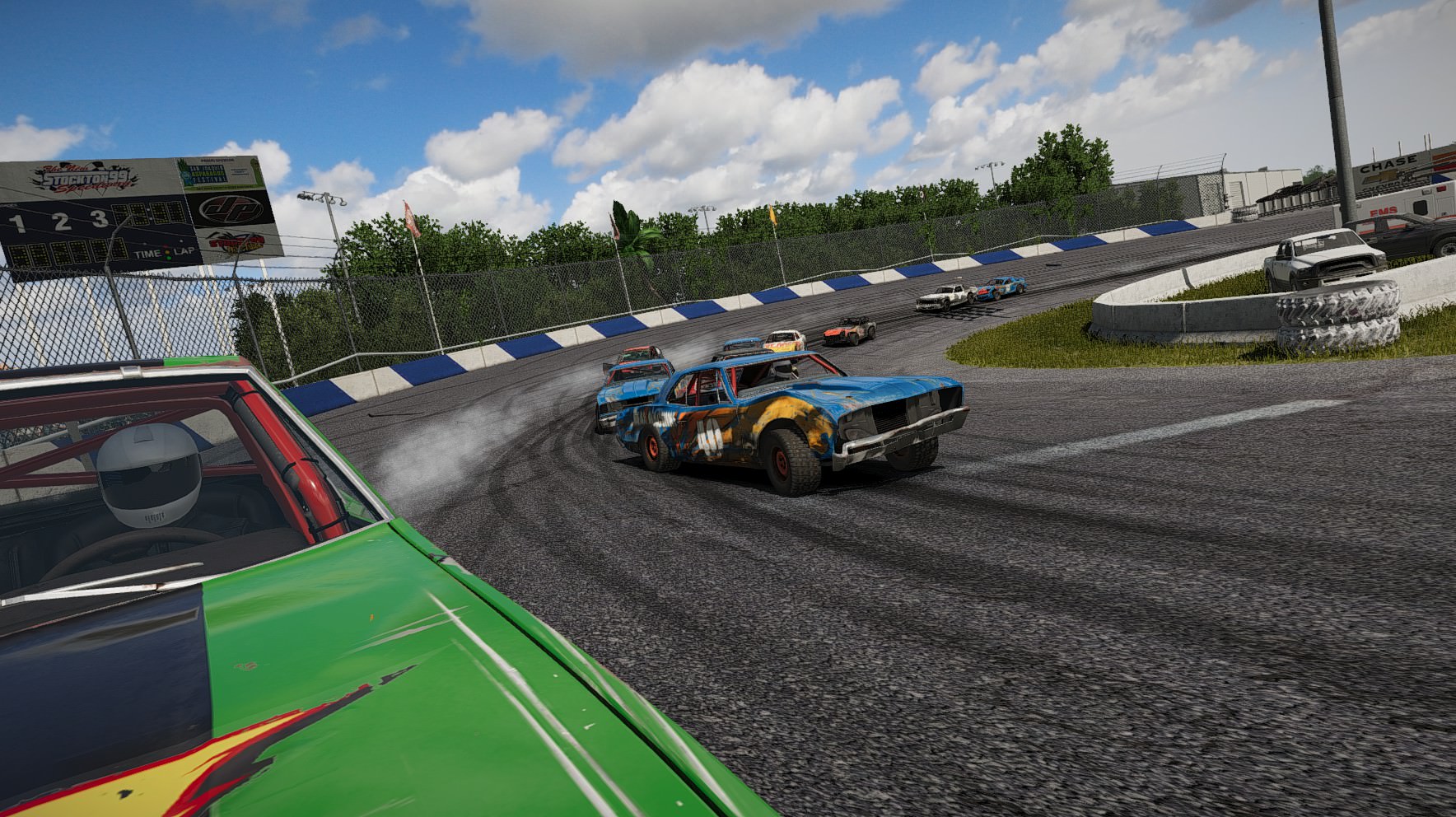 Nothing's more fun than blasting past your fellow drivers on this 1/4 mile banked paved oval! Years of history have confirmed that this is one hell of a fun race track! 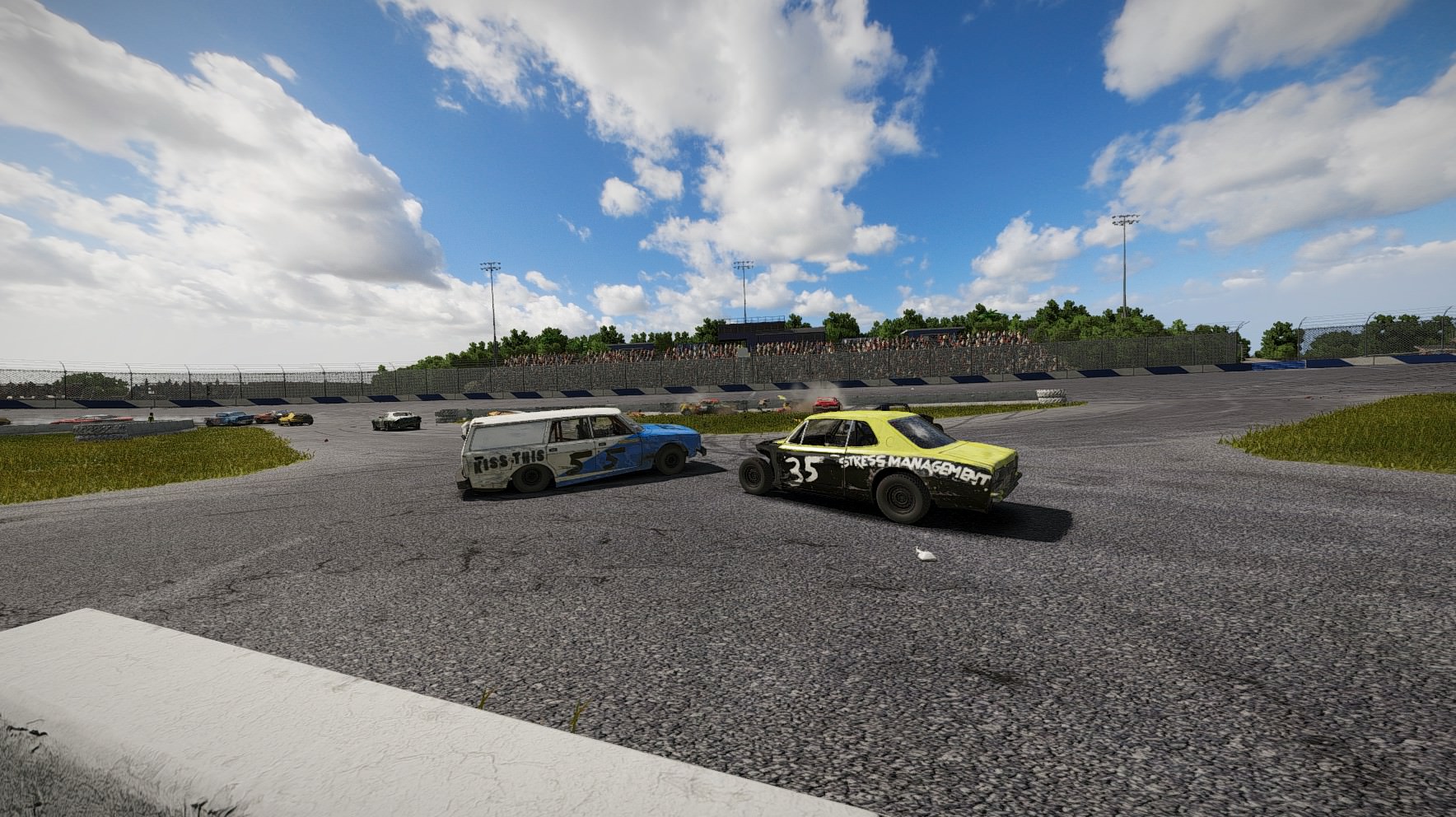 Bomb through the infield of Stockton 99 in this awesome Figure 8 variant! Time your crossing carefully lest you eat a door full of t-bone, and I don't mean the steak! 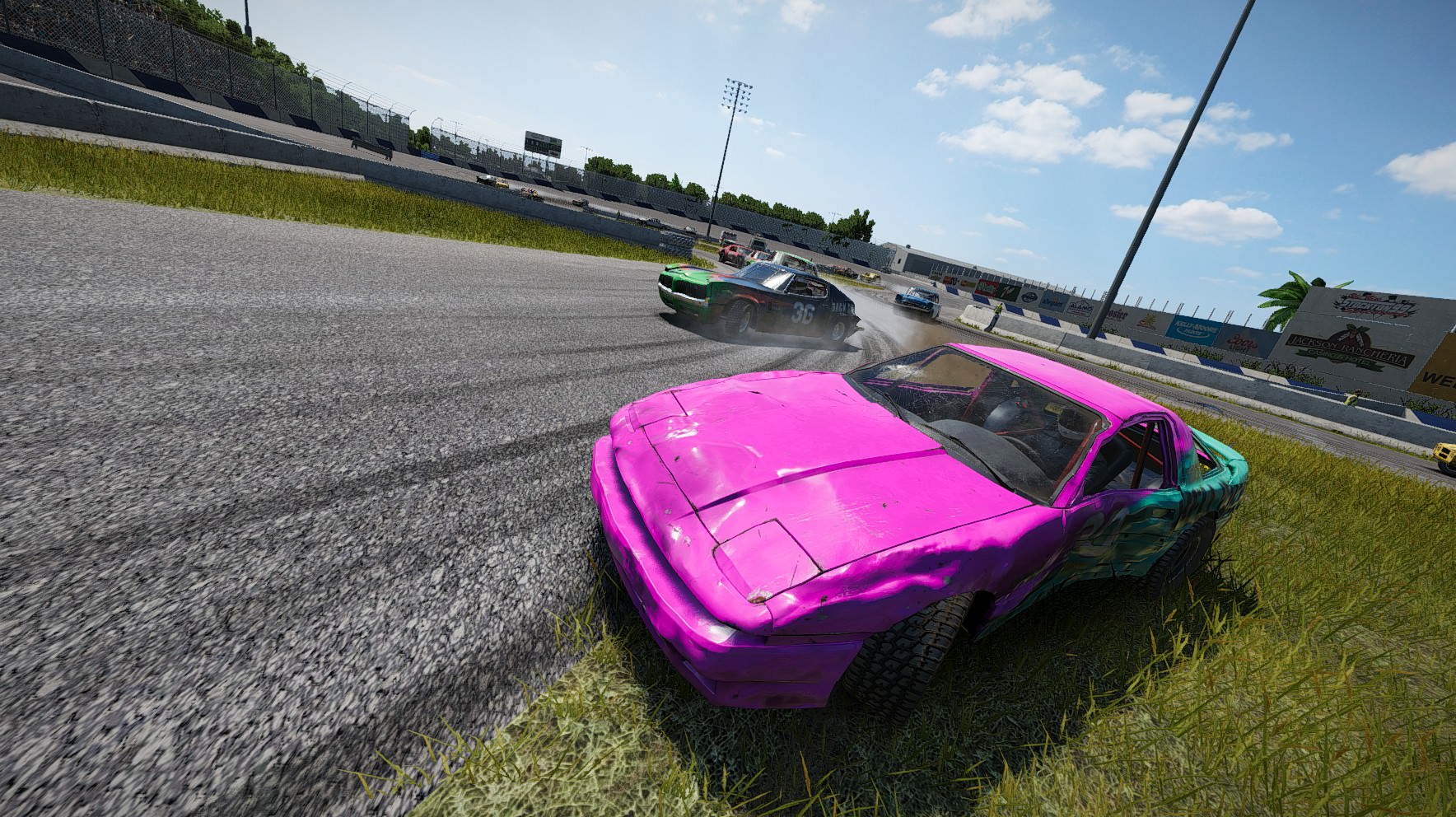 *Bumping music plays*
I wonder if you know how they live in Tokyo....Wait, this isn't the Fast and Furious! We might not be in Tokyo, but slide it fast around these turns for maximum kudos! Just uh, don't hang it too wide in the middle, or you might head-on the car coming at ya. 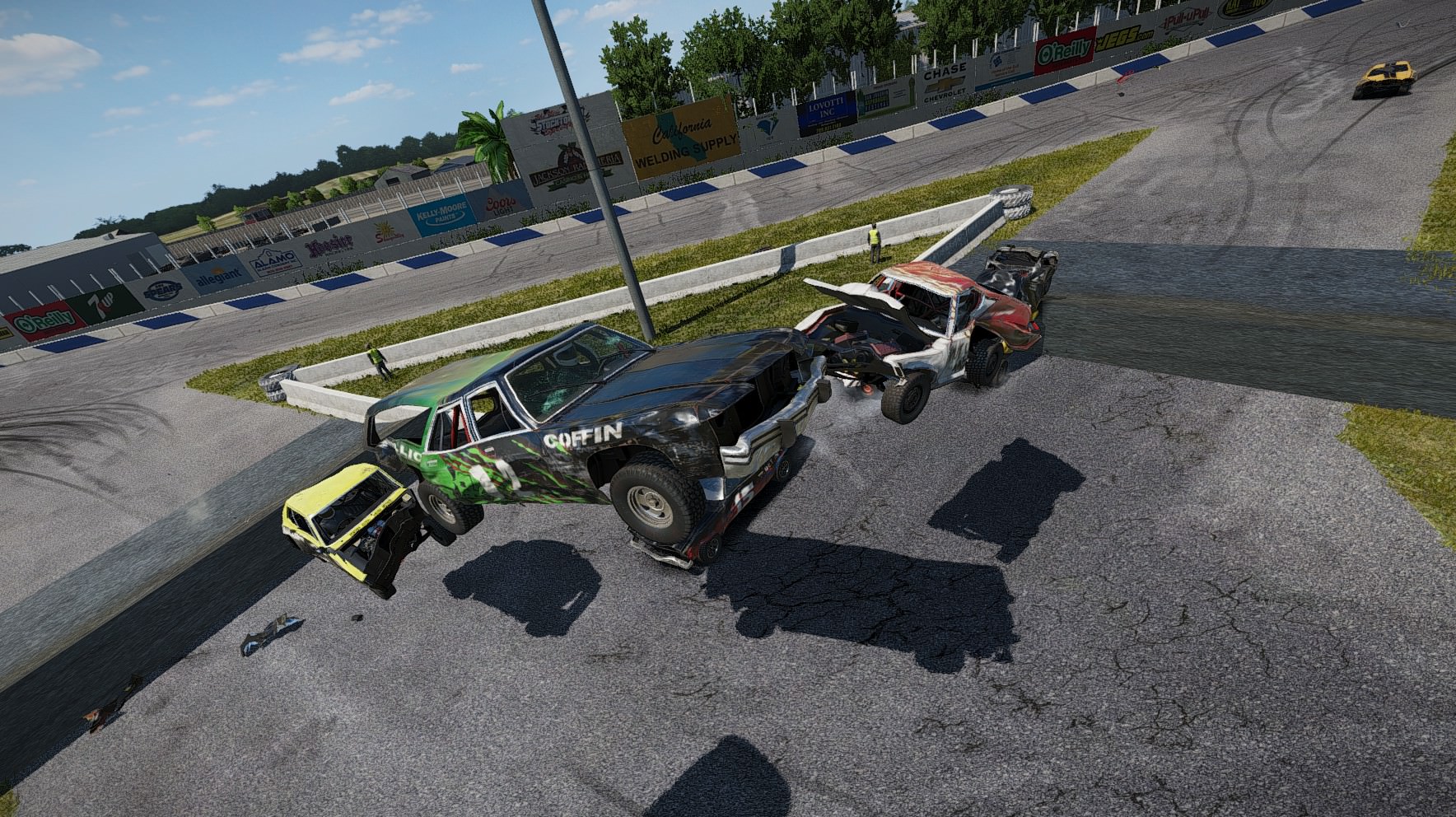 Let your inner Duke boy shine when you go high flyin' past your fellow races in the air. If you get hit in the air, you may just find yourself over the County line...

Current Issues:
It may be possible to get stuck in one of the ramps if you reset yourself on one. In most cases, you will get hit off, or can drive yourself off, but I'm sure there's some test case I haven't come across.

The Loop of DEATH! 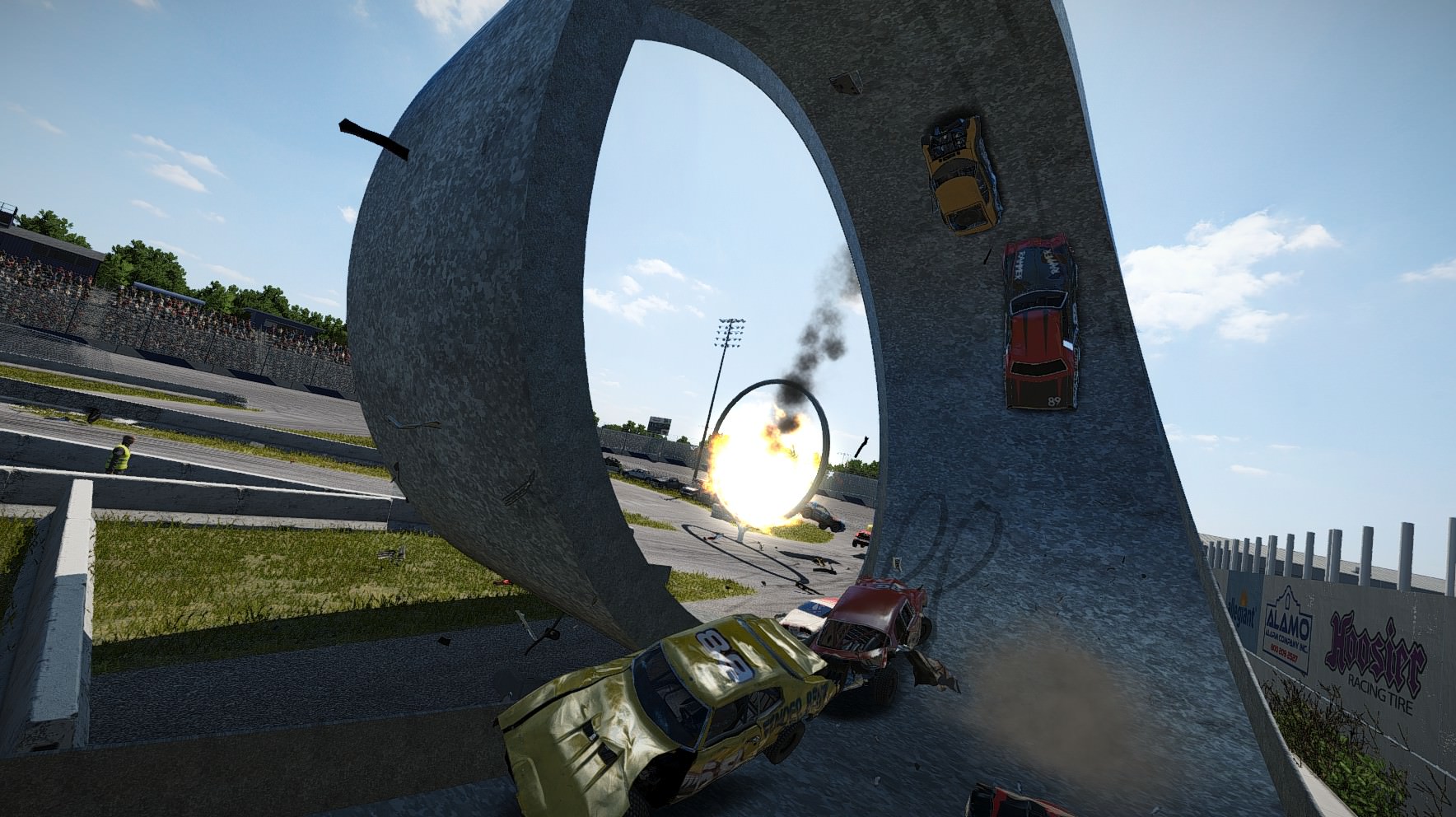 Oh boy. They say it just couldn't be done. The madmen have done it! The end of the world is nigh! Watch out for the LOOP...OF...DEAAATTTHHHH! If you aren't brave enough for the loop, hit the ramp and fly through the Burnin' Ring Of Fire, cuz why not have a little fun with it?

Current Issues:
This one is definitely fickle. The AI cars WILL get stuck on the loop eventually. I've tried to tweak their racing line and the loop geometry so they'll get through it as cleanly as possible, but sometimes, stuff just happens. As a way around it, I made an alternate route that is a little slower, and you have to jump through a ring of fire, but if the loop gets clogged, at least you can still proceed without having to reset yourself at the ramp for some invincibility frames.

Thanks goes to The Very End and Purple44 for various bits and pieces and inspiration used in this track (including the fire and trailers). And thanks to a bunch more of you for ideas and feedback.

You can find this mod on the Steam Workshop, located here.

Team Bugbear Member
Nice tracks Killer. I like the big jumps in Figure 8 With Ramps track, in video!!

When we host my Fig8 track online again for one the Saturday Night Mods night, I will add you track mod to the list of mods to load that night.

About cars resetting, from what I have seen, cars usually reset to last aisector wall car went through. So could make an adjustment to your aisectors to get cars to reset in a better spot, maybe.