HIGHLIGHTS
We're pleased to announce the availability of a new Tournament Season!

It's time to wave a good-bye to time trials, collect your rewards and prep for new events! We've been pretty amazed at how popular our time trials turned out to be, with exciting battle raging for the top rankings all day long and top racers shredding the tracks like there's no tomorrow. Thanks to everyone who participated and big thumbs up if you made it to the rankings!

After challenging yourself in precise driving and outpacing the competition, it's time to change the pace and introduce the theme of the new Tournament Season: Banger Racing! Banging racing themed content is something that many of you have been hoping for, and we thought Tournament Mode would be a perfect opportunity for us to deliver some. So, the monthly event sees you racing on Figure 8 layout of the one of the new tracks, Kingston Raceway, with the goal being to score as much as you can by shelling hits left and right while maintaining a good position in the race. And that's not all - also the weekly events feature something very British: stock car racing! Oh, and the rewards? A tricked-out Banger Racing modification of Panther RS!

And if that's not enough Banger Racing for you, if you're lucky enough to own the Season Pass you have access to three new cars: Sweeper is a midsize racer that is a perfect blend of agility, speed and toughness - a great all-rounder for every type of event, Hearse is a cult classic banger racing car that can both give and take some serious punishment, and Stock Car is a super versatile little rocket that feels right at home on every oval and Figure 8 track!

In other Tournament Mode news, we've now addressed the issue of Fame Point rewards not appearing for the events of the second season. After entering the Tournament Mode all users should now receive their outstanding points retroactively. We're constantly working on improving the gameplay experience otherwise as well. Making the AI to use the DLC vehicles is something that has been often requested, and we're happy to let you know that now AI might use any of the DLC vehicles in custom events, multiplayer and most career events. Not only that, but you can now select "Same As Player" as the AI set while customizing a custom event, which will make the AI use the same vehicle as you have selected. This release contains numerous other improvements and additions. Please find below a complete summary of items fixed or improved below.

Man, I really love this game! Thanks for listening the community!

Only little niggle I have is the fact we can't fully remove the hearse grill
Last edited: Jul 7, 2020
P

I've downloaded everything, but I didn't have any time to play before heading to work. I'm looking forward to firing up my XBox this afternoon.
T

Wow, what a stunning update and DLC set!

A hearse and a dirt oval stock have been my two top dream cars from day one. The other new car is also a great surprise.

The new tracks are also incredible. I really love these.

Additions like Same Vehicle and all the other fixes and new features are really great.

hi My name is.

I like the new cars. especialy the hearse and the sweeper.
What I dislike is the fact that in costum games supervan can not be choosen anymore.
Hope that can be fixed soon.

Idea: add an extra option in thesection where player can choose the opponent.
choose first the class of the car and then the type(s) of cars that are allowed to enter.

That would help big time.

And more gameplays. I like the mission in the tournament to be in costum game as well.
it's difficult, but fun to play.

Full time wrecker
Couple of issues I've noticed.
1. Hearse rear end barely takes any damage, it seems to just dent a fraction even after a few heavy shots to the rear. Thats with normal damage, intense n realistic make it squash only a tiny bit more.
2. Kingston clockwise we're unable to select it in private servers (xbox) every time we select the anti clockwise version always get selected.

So far so good the doomrig isn't as unstoppable now

d4rks1d3 said:
Please fix the Xbox One X not remembering your graphics settings
Click to expand...

Please, fix this and bring back the possibility to choose AI vehicles like sofa car only and lawnmower only. My kid loved to destroy only sofas haha

Nice, new tracks!
Now i just need to know all new track id's (track names on server side) , so that i can add those to my servers map rotation.
B

Best update this year! I don't know why but since you introduced the first tournament update in april the game felt weird, cars somehow felt glued to the ground, collisions felt weaker, visual damage wasnt right, overall experience was not as it used to be. (Speaking about banger race mode).

But with this update everything i mentioned got fixed, its a blast again! The awesome dynamic physics are back that we all love, cars roll over again if you hit them hard enough, visual dmg is great again and high speed collisions have that powerful punch to them. Love it
G

Kingston Raceway has to be Arena Essex doesn't it?

Give this guide a look: 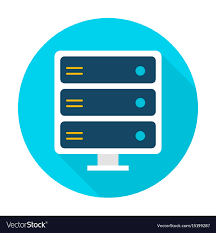 Track, Car and Server scripting info that will help running a server....

A minor nit-pick;
the pre-race screen for the Kingston oval says it's 100% dirt, when it's really 100% asphalt.

Thank you so much for the new update and improvements Bugbear. Your work is astounding and I am so happy that you continue to expand this amazing game.