Dec 2017 Build and issues with Team racing and derbys and other feedback.


Now in this video you can see how Team derby looks like in first video, 2nd video is a Team race with the new Dec Build:

With the new Build, name over the cars fade out as a car get further away from you. So in a Team derby, this make it hard to tell if the player you going do a head on with, is friend or foe before it to late.

This same for Team racing, hard tell who you should try and pit and who on your team.

Also the small color team indicator not easy to see.

Bugbear, would it be possible to have the name stay solid at a further distance before fading or not fading at all in Team events?

Bugbear, would it be possible instead of using the small color team indicator, have the player's name, the color of the team he or she on? Be a lot easier to tell who on what team that way. 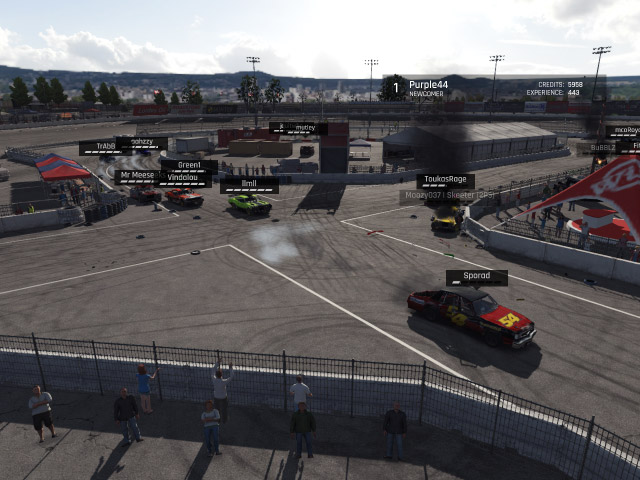 Before the Dec Build: 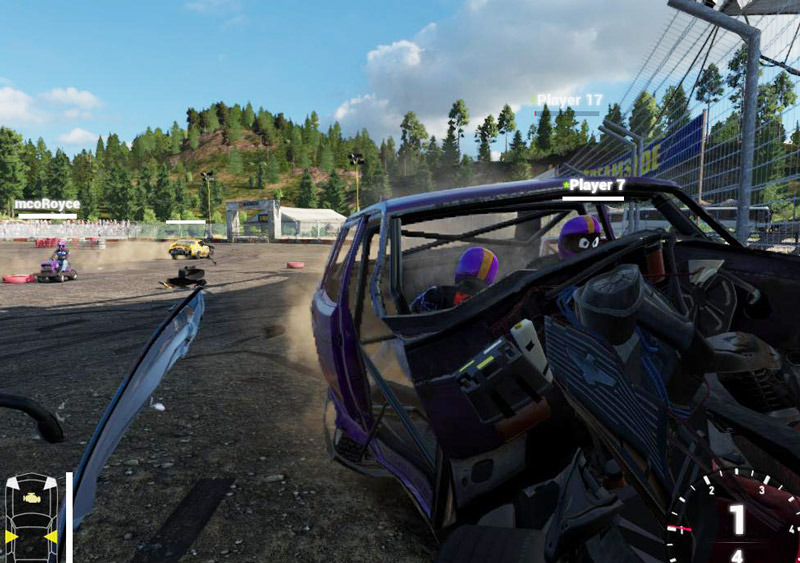 Overall, I think I prefer the white lettering with transparency before Dec Build.

The last 3 videos ( 10:35 ) are videos of some derbys. Seem to me and to a lot other guys online, the cars wreck to soon now. Like Speedway 2, about 4 hits and you are on fire. That understandable since we are hitting with high speeds. But dying that quick take some the fun out of the derbys.

So would it be possible to have a second option in derbys to have a heath bar that loses health more slowly? So cars will last longer and car body will get more damage. Right now car not looking that damage from being in a derby!


These derby cars are still going! 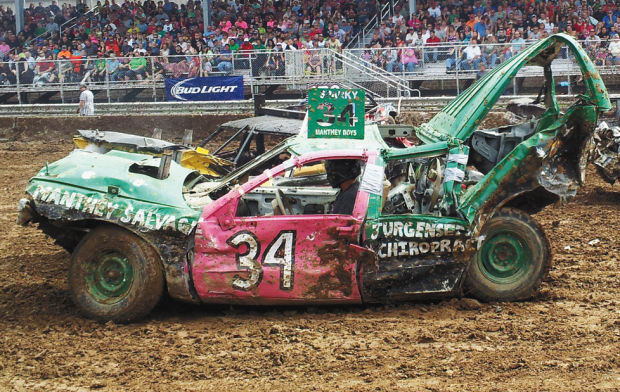 Now this car damage in a derby could be over doing it: 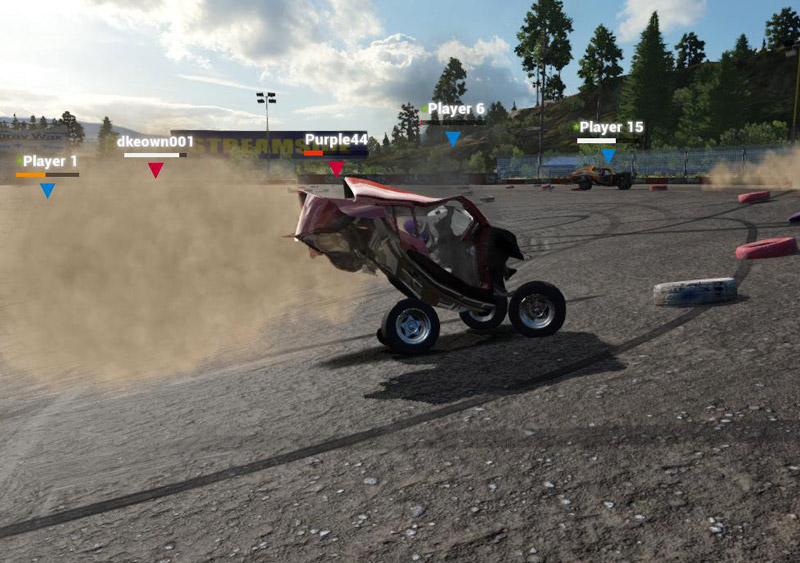 Also I don't think I lost a wheel in the derbys. I did in a couple races. In derbys, tire should be able to get knock off. But maybe my car dying to soon to loose a tire?

Have say I'm loving seeing the variety of cars online with Wreckfest now. Players online not just racing with the AM5 now.

Team Bugbear Member
Saturday night I got to tryout the Dec Build with the hotfixes.

I can report back I now happy with the car damage we seeing online in a derby and the cars not wrecking so easy, like when Dec Build first came out last week.

I ask the guys online and they also thought Bugbear about got it right now in the derby. Bugbear found a good balance.

Here some video and see for yourself if you agree: 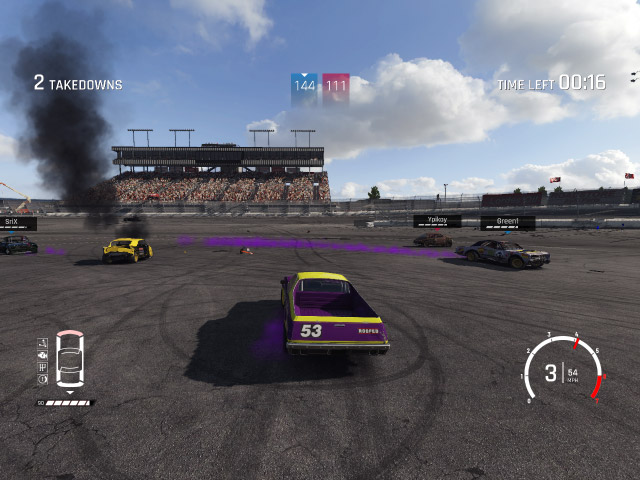 But doing Team derby, even thou the player names are fading back in sooner ( tweak helped ), can still be hard to tell if you are heading straight into a teammate car or the enemy. May have to swerve at the last second to avoid hitting teammate head-on.

It been suggested Bugbear could paint the cars team colors:

Janne Suur-Näkki said:
As for the other issues, are we mainly talking about the player tags not being displayed prominently enough?
Click to expand...

In Team racing and Team derbys, It hard to tell, before it to late, if you are hitting friend or foe, now!
Click to expand...

Instead of making the UI icon more prominent and distracting. Would a solution be to let the game take control of both paint and livery colour in team racing? Then you could have mostly red cars vs mostly blue cars, vs mostly yellow etc depending on what team you are on. Then you don't need the UI at all to see whose on your team and you can tell what team it is as long as the car is in view. 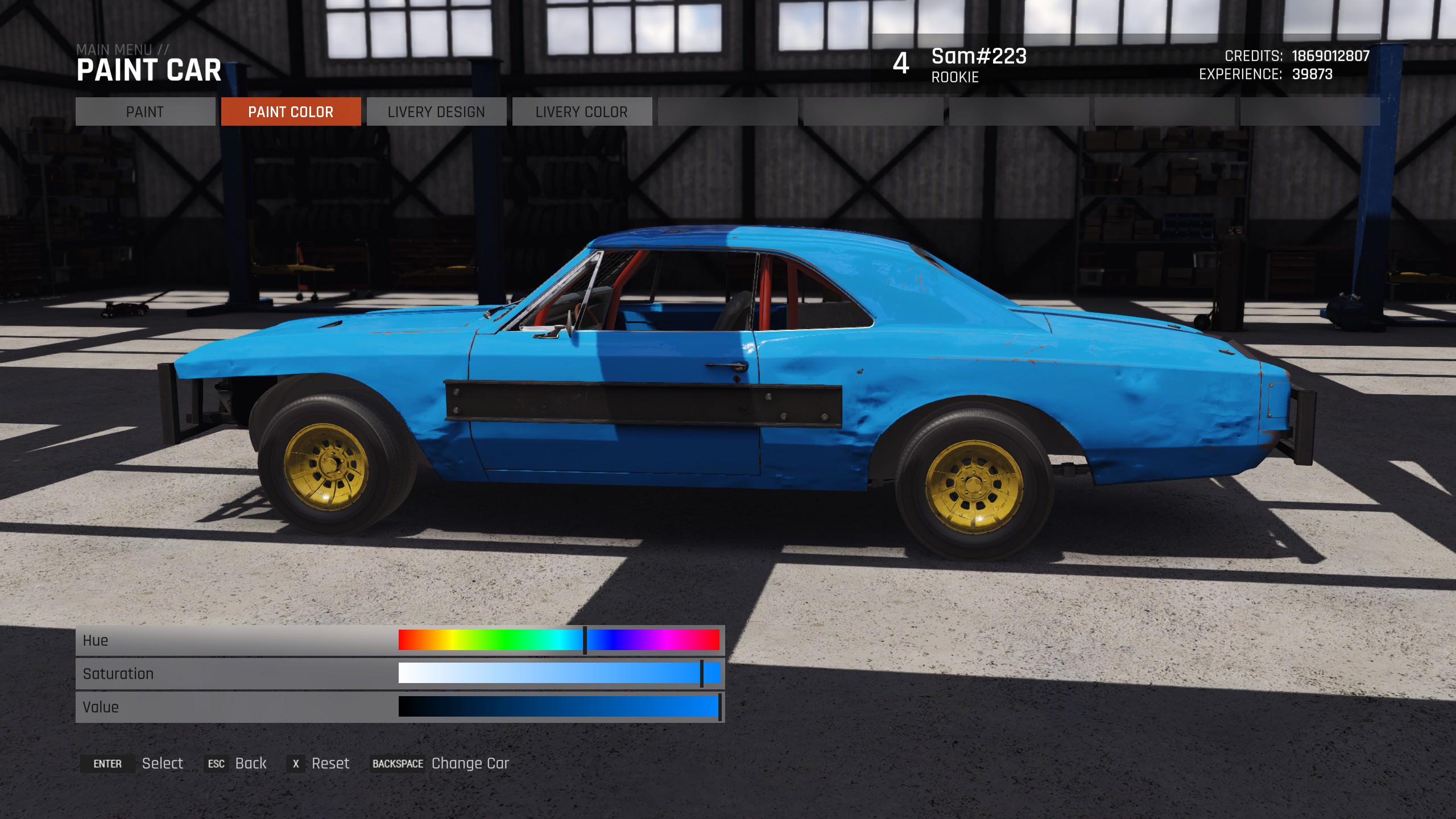 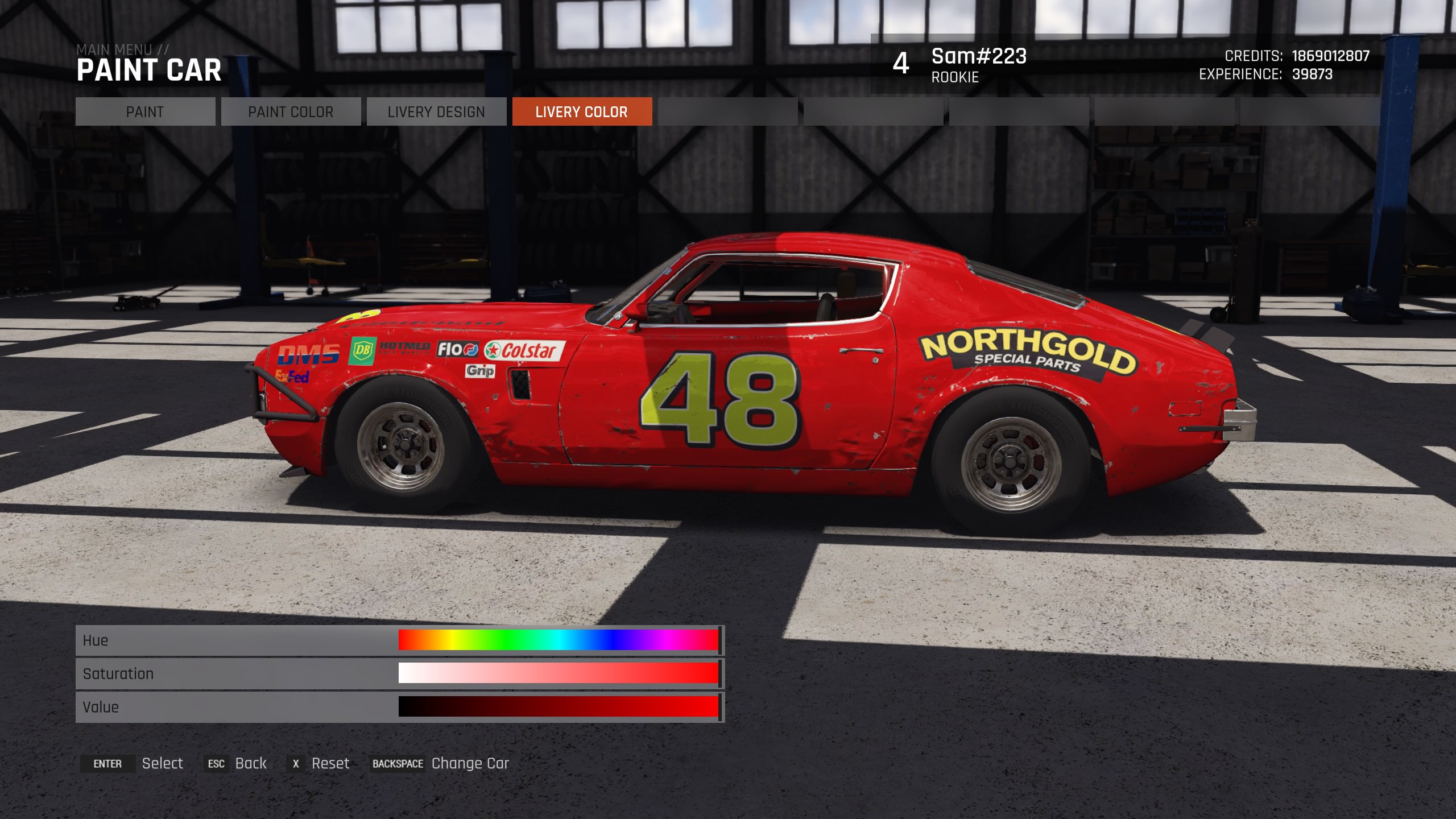 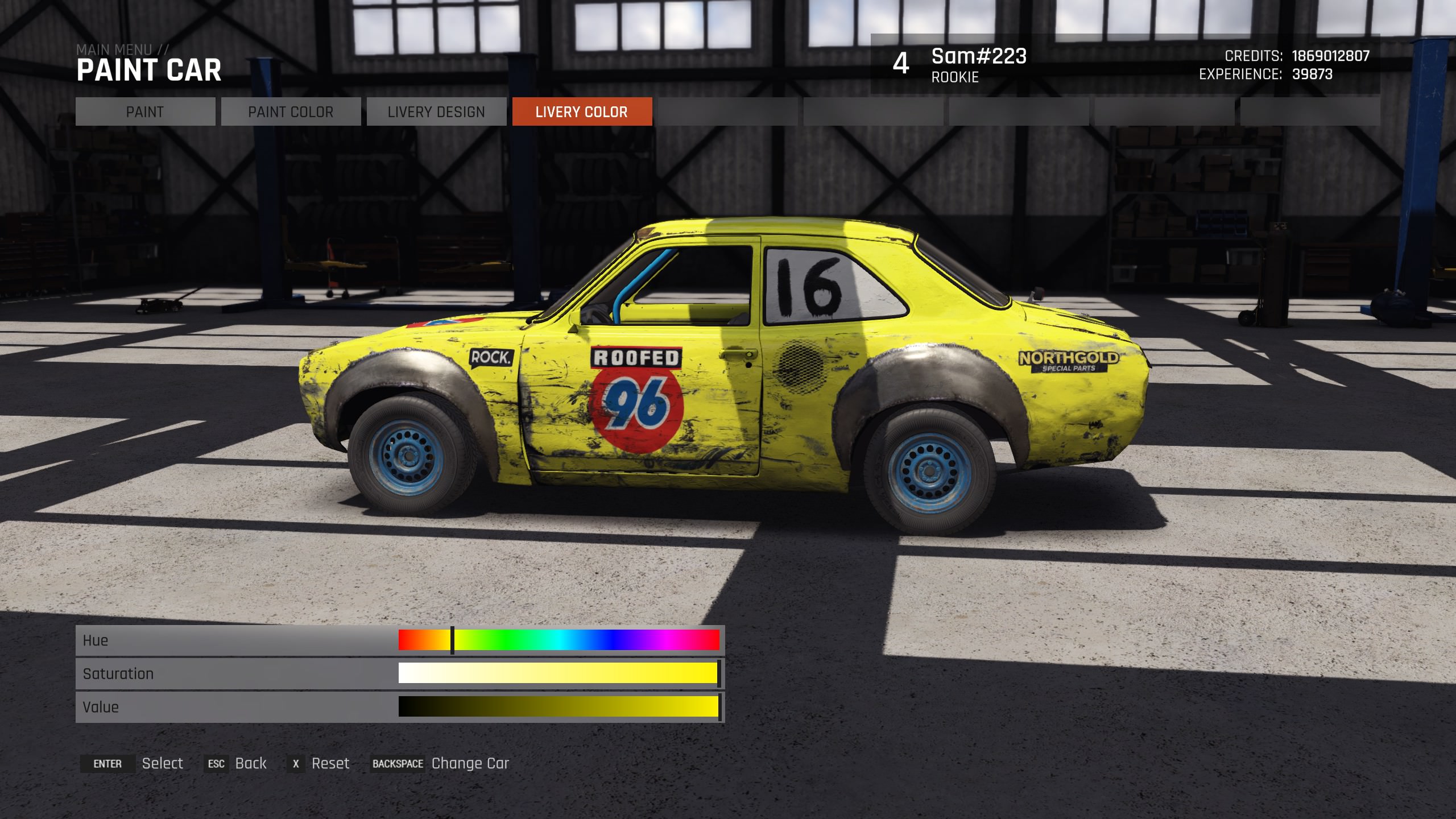 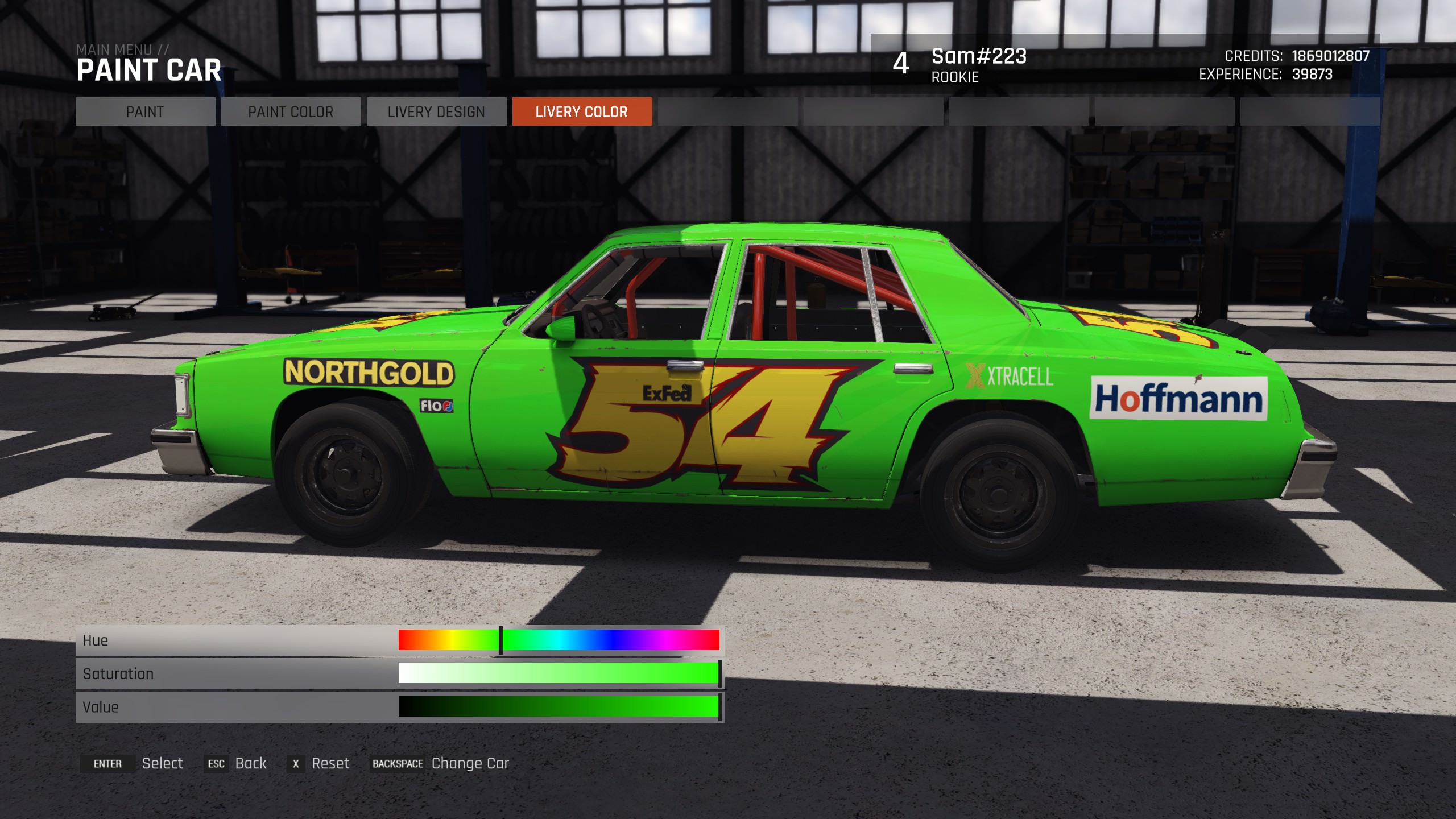 Ya the guys online thought that be a good solution too. Have the cars paint be the color of the team player is on.

But which solution be easier to do for Bugbear, change paint color or change the color of player's name?

Janne, will we get the numbers back next to players name? So we know who in 1st, 2nd, etc? In Team Racing I would leave 10th place rival player alone. I target rival players that are in the top 5 spots.

So I would like to suggest the team indicator color be a long color bar so be easier to see from a distance: 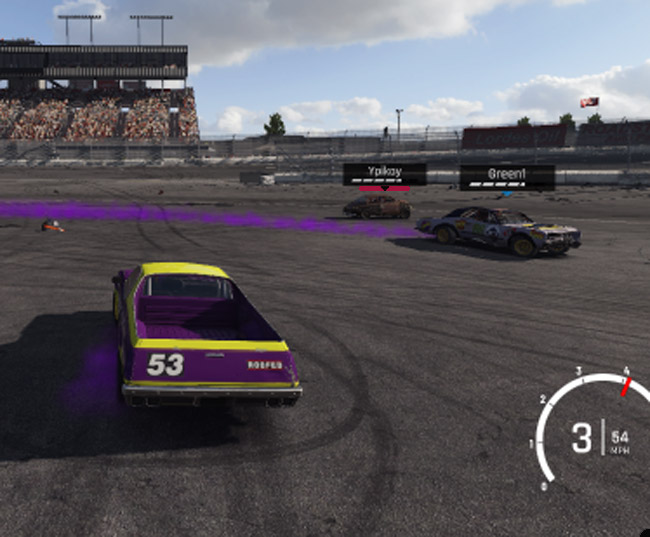 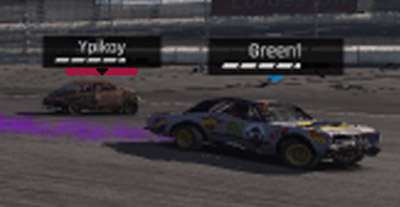 Between team car paint and a team color bar, I think we be plenty happy online doing team derbys and races with these changes.

Team Bugbear Member
Almost forgot, online ( maybe offline too ) game still not doing good job of counting a takedown when a player knows he the only player there that just wrecked a player and does not get credit. This been an issue for at least since June Build, maybe earlier than that.