EmDzei said:
Give me a BMW and Vanom tune on it, plz.
Click to expand...

There's an E24 coming as DLC in a few months! 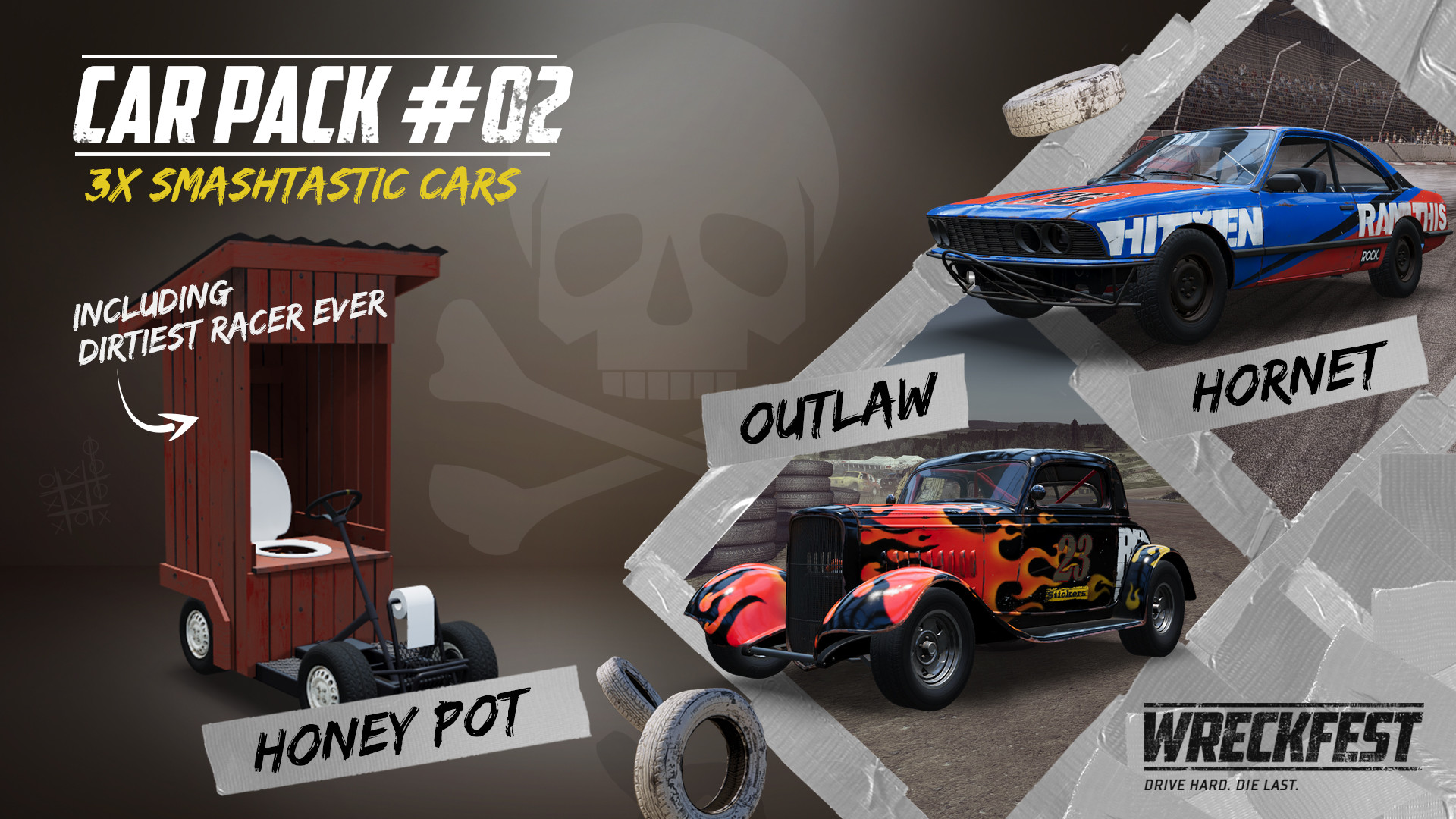 I would like to submit a few ideas for cars I would like to see added to this awesome game. First off, I would LOVE to see more traditional classic American Demo Derby cars. Especially more Mopars and FoMoCo. (Please note that none of the pix are mine, just hijacked from the Net.)

I was going to add pix of a '57 Ford and '57 Plymouth but it looks like I am only allowed to post 10 pix per post so since it is getting late I will make a couple of additional posts with a few more ideas I had in the morning.

The Country Squire would be a nice addition, but most of those look a bit similar to cars that are already in the game. I'd rather have more diversity, and I think the devs agree.
Anyway, here are other cars:

Remember the Slider from the first FlatOut? Japanese cars of the 70s look like miniature versions of muscle cars from the same era, but with a distinct look. The first generation Celica coupé would fit perfectly in Wreckfest, as there's only 4 Japanese cars and none that looks like it.

The first generation Barracuda is technically the first pony car, being released two weeks before the Mustang made its debut. While it was based on the Plymouth Valiant, the massive rear window was exclusive to the Barracuda. Its more boxy styling would differentiate it from the other pony cars in Wreckfest. 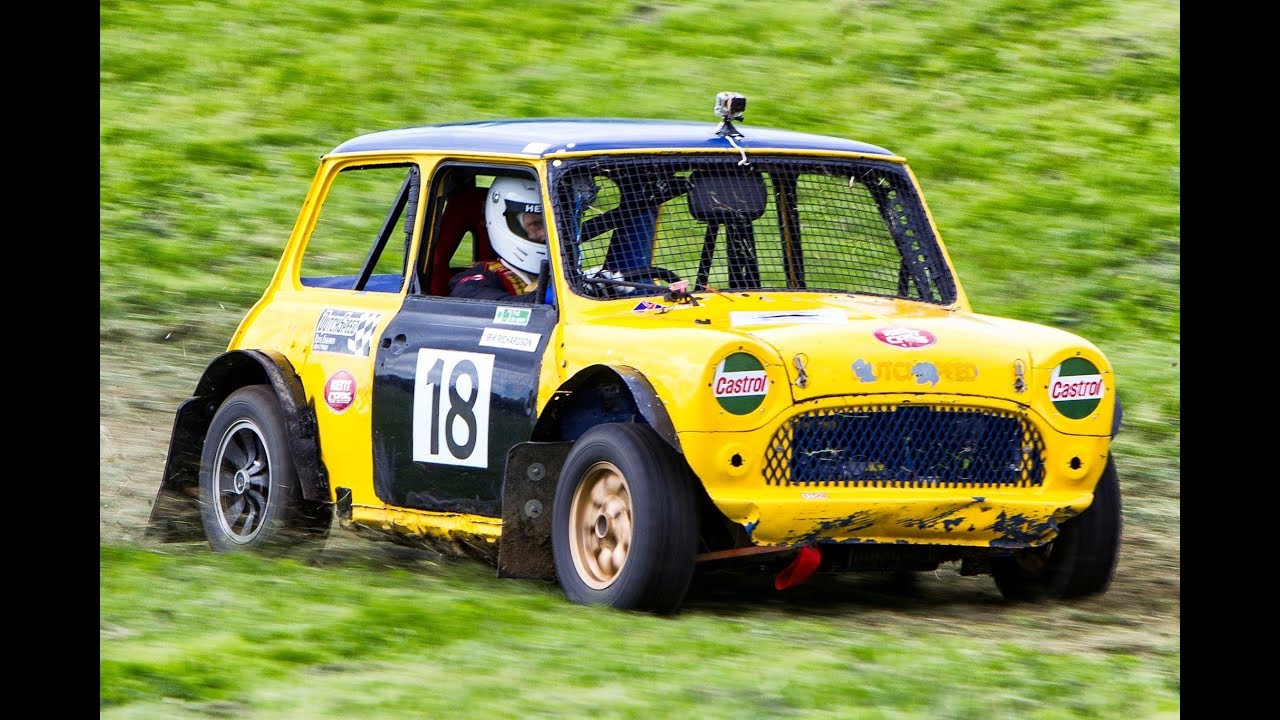 The Mini is an iconic European supermini that would be right at home alongside some of the other cars in the game. It would also be the third FWD car, which makes it a nice addition.
Last edited: Sep 13, 2019
T

Quote from forum member Speedevil: "The Country Squire would be a nice addition, but most of those look a bit similar to cars that are already in the game. I'd rather have more diversity, and I think the devs agree."

My reply: Each of the 10 cars I selected above is iconic to the North American Demolition (Destruction) Derby community and NO iconic Demo cars are currently in the game. The '81 LTD wagon and '80's Caprice / Impala sedan, while widely used in modern Demos, are down sized "Metric" cars and the '74 Monte Carlo and '57 Chevrolet are generally more related with Oval and Figure 8 racing than as Destruction Derby Finale cars. Full sized '60's and '70's American cars of the type most associated with North American Demo Derby are completely absent from the game. I LOVE the '59 Cadillac BUT such cars were rarely seen in Demos after the early '80's AND they are not generally viewed by the Demo community as "good" cars. (i.e. they are soft and require LOTS of work to make competitive) Also, none of the cars I posted above look ANYTHING like any of the cars already in the game.

As for variety, I am not done making suggestions. My above post focused on traditional American Demo cars absent from the game. I then began to comment about a desire for more '50's era cars but since I was limited to 10 pix per post, I ended my comment at that point. I have no objection to them adding the kind of cars that you suggest as well. I happen to like all 3 of your suggestions. (Though I would like to see an ability to limit events based upon car size, region or era in the Custom Events.)
T

For my next set of suggestions, I would like to suggest a few traditional European "Banger" type cars. (As with my last post, pix are not mine, just jacked from the Net.)

8. Anything I may have forgotten!
T

My next set of suggestions is to add to the currently GM (General Motors) heavy list of traditional North American Oval and Figure 8 cars. I LOVE the '67 Chevelle, '74 Monte Carlo and the '70ish Skylark - Cutlass "hybrid" as well as the Mustang and Challenger but several iconic Circle Track cars are notably absent AND Mopar and FoMoCo are badly under represented.

I am sure I forgot a couple of important cars but since I am limited to 10 pix per post I will end this part here.
T

My next set of suggestions is to add some classic NASCAR / Stock Car style cars. These will be in three groups. First, circa 1969 and second, circa 1980s. The third group, while not used in NASCARs top series were still popular in lower divisions as well as 2 being used for IROC races.

I still have a few more suggestions but this is all I am going to post for today. As with my above posts, pix are NOT mine, just swiped off the Interweb.

I agree that all the cars you posted would be nice, but I was saying that based on the size of the car list, which isn't massive. But I understand that you wanted to be comprehensive.

Team Bugbear Member
There you go, a Nova. Would love to see my 1973 silver hatchback SS Nova in Wreckfest. My first car I bought when I was 19 with my hop harvest money. Full time wrecker
Limo could be cut down to a short wheel base variant.

For my next set of suggestions, I would like to see some awesome Russian and Australian cars added. (As per usual, not my pix, ripped from the Web.)

Getting back to an idea I originally alluded to in my first post, I would LOVE to see a few more '50's era cars added to the game AND the ability to limit races in Custom Events to specific car sizes, regions or eras. With '50's cars you could recreate either '50's era NASCAR style races OR '70's era Jalopy and Figure 8 style races such as this classic. Link: The last 2 cars are technically from the early '60's but I think they fit right in with the '50's era vibe of the others AND they are both personal favorites.

Cars I would specifically like to see added from this era include the following:

I would also like to see at least one of those awesome Mopar Hardtop wagons from the late '50's - early '60's but I have reached the limit on pix for this post so you will just have to go look those up yourself to enjoy their incredible awesomeness!
T

Purple44 said:
There you go, a Nova. Would love to see my 1973 silver hatchback SS Nova in Wreckfest. My first car I bought when I was 19 with my hop harvest money.

These or even the next generation of Nova, Ventura, etc. would make an awesome addition to the game. With the next gen. you could recreate some of the old NASCAR Late Model Sportsman races that eventually became the Busch Series.
T

timmy76 said:
Limo could be cut down to a short wheel base variant.
Click to expand...

A "metric" Caddy and Town Car would be awesome additions to this game. As would the '91 - '96 Caprice - Roadmaster (sedan, wagon or both) and a "Bubble" Vic. and "Bubble" Town Car.
T 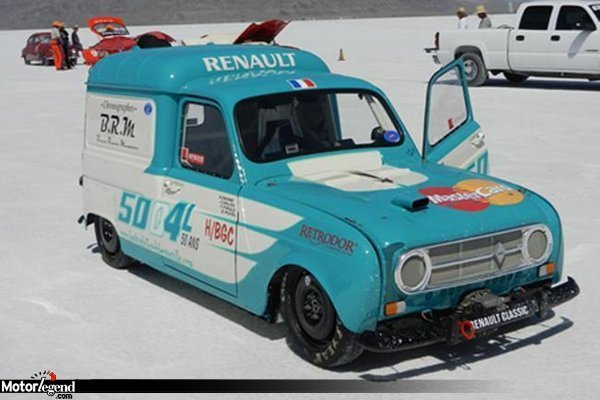 Not so much an actual vehicle request but an idea for the game. Trailer racing.

Team Bugbear Member
I have hope we will see trailer races come to Wreckfest, someday.